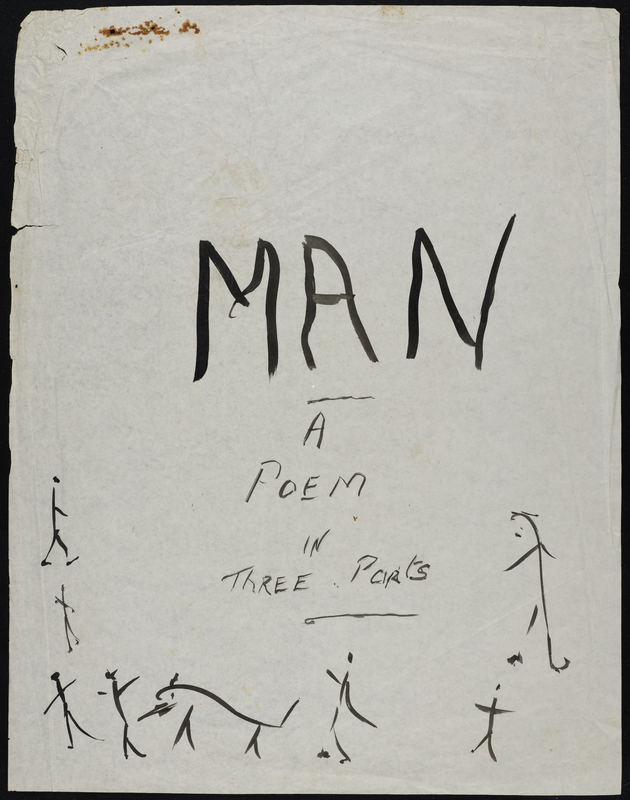 The title page of a draft of Man decorated with cave-painting-like drawings.

An epic poem of sixty-three cantos, Man is amongst the most substantial of Ronald Duncan's writings. It charts the unfolding of the universe and the emergence of what, in Duncan's view, was its highest form of consciousness - man. It was released by Duncan's own company, The Rebel Press, in five volumes between 1970 and 1974. Auschwitz,  section of Part IV of Man, was published separately in 1978 in a limited edition illustrated by Feliks Topolski, an accredited war artist for both the British and Polish governments. A collected volume of the five parts was published in 1981.

Amongst other things, the poem was an attempt by Duncan to relate himself to the history of his species, its context, and its development. In a Jung-laden preface, Duncan wrote of drawing figures that he later came to associate with cave-paintings, and of having discovered in himself an ancestral memory that far exceeded his lifetime: ‘I was not 47: some parts of me were possibly 20,000 years old.’ (Duncan, 1981, p. 7). Such thoughts paralleled the opening paragraphs of his autobiography, All Men Are Islands, in which he suggested that he was born with knowledge and wisdom that exceeded, or even pre-existed, his years.

In writing Man, Duncan drew upon the historical tradition of and modernist approach to epic poetry as embodied in the writings of figures such as Dante, Eliot, and Pound. He structured the poem in five parts, each of which was written with a particular emphasis. In his own words

'Part I focuses on physics and cosmology; Part II on molecular biology and the anthopological background, from the evolution of life to the emergence of man. Part II recalls some of those human experiences which caused consciousness to develop first towards the spoken then ultimately the written word. Part IV is an attempt to isolate those events in human history which have moved consciousness forward. [...] Part V [dwells] on the nature of consciousness and its potential: the possibilities for future growth.' (Duncan, 1970, p. 11) 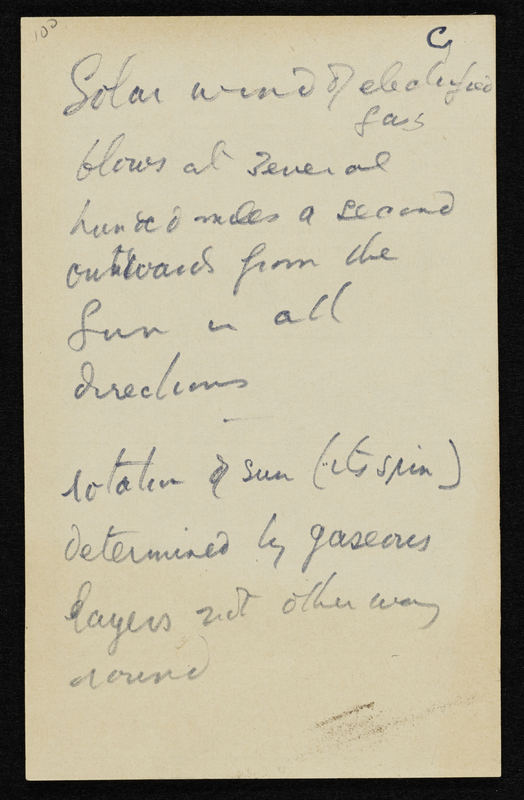 Duncan's notes on solar wind and the rotation of the sun.

As well as exploring his own existence in the context of human history and consciousness, Duncan sought to bridge what he saw as a widening chasm between poetry and science. He believed that poets had a tendency to circle around romantic subjects rather than addressing the leading edges of scientific discovery; in his view, this habit threatened to relegate poetry to a position of near irrelevance. These thoughts led Duncan to research contemporary and historical scientific theories. In doing so, he gathered notes, news-clippings and articles on a wide variety of scientific topics, and struck up correspondence with scientists in order to inform himself. The cosmologist and mathematician Hermann Bondi was such a significant influence that he became a guiding figure even within the poem, where his symbolic status was likened by Duncan to that of Virgil in Dante's The Divine Comedy:

'Bondi, standing in for Virgil, leads me through [...] a hell Dante never knew, that place beyond good and evil where all the curious are confined within the limits of their mind.' (Duncan, 1981, p. 80)

In his effort to heal the breach between science and poetry, Duncan both insinuated scientific ideas into his poetry and outlined scientific developments in poetic terms. In some instances, threads of scientific endeavour are described in terms genealogies of scientists developing or overthrowing the work of their forebears; in others, particular physical phenomena are addressed in detail; in yet others, Duncan made the case that the scientists themselves were poets or artists, or that particular molecular structures or mathematical equations were inherently poetic, and he occasionally set them within the verse. 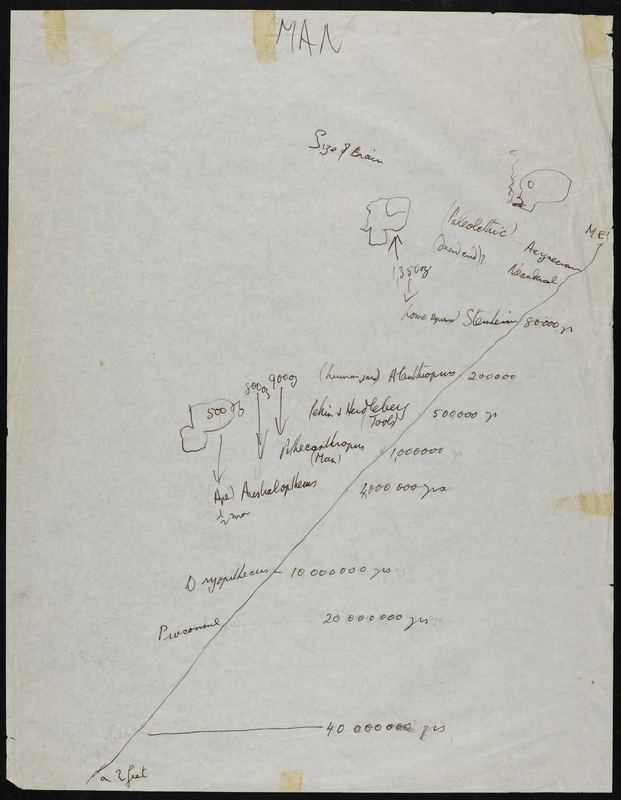 As with many other Duncan-related topics, the Ronald Duncan Collection is home to enormous quantities of information on Man. It contains substantial documentary evidence on every part of the poem's history from its inception, research, and drafting through to its publication, distribution and reception. This rich variety makes provision for a wide range of research interests. Correspondence, notes, cuttings, and articles give valuable insights into Duncan's initial preparations for the poem. Workbooks and manuscript drafts allow detailed research into the poem's genesis and evolution, not only through text, but through visual representations such as timelines and paintings. Finally, the collection opens up the possibility of research into business and reception aspects of the poem's history, with documents including correspondence about the poem, reviews and feedback, order forms for the earlier volumes, and even a photograph of Ronald Duncan reading the poem at Instow during an electricity strike in 1970. 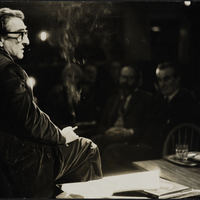 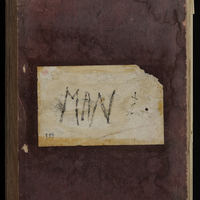 The cover of a workbook for Man. 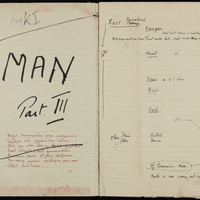 A spread from a workbook for Man. 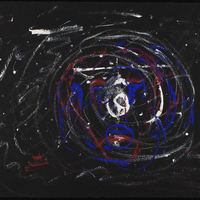 A painting of a galaxy or cosmological event that forms part of the drafts of Man. 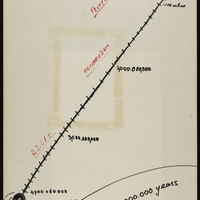 A timeline relating to Man. 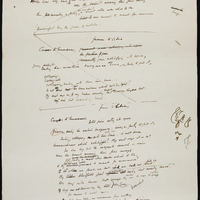 A page from a manuscript draft of Man, showing some of Duncan's drafting process. 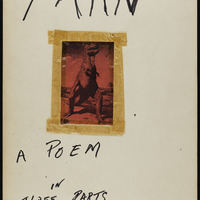 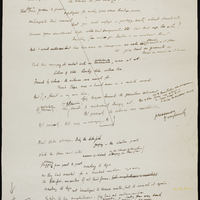