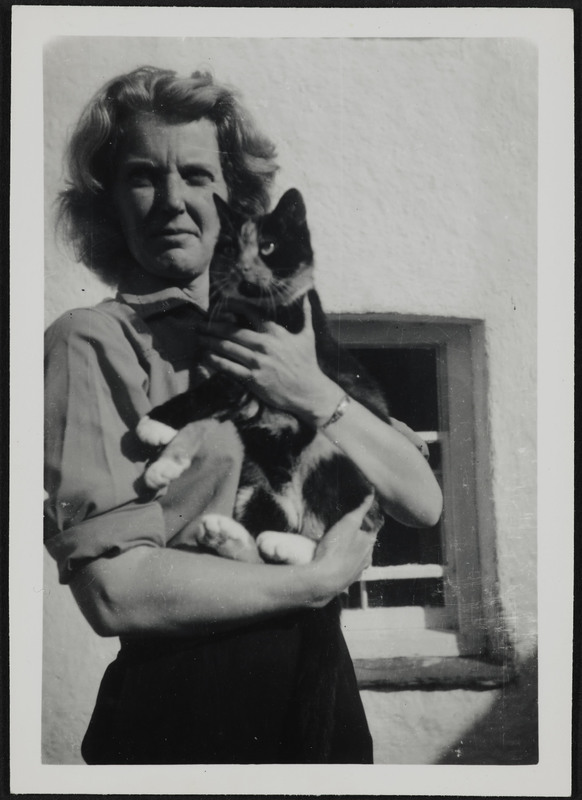 Rose Marie Duncan (née Hansom) was a member of a family of successful architects and engineers made famous by the inventor of the Hansom Cab, Joseph Hansom. She had two brothers, Charles and Michael. She met Ronald Duncan in London, where she was a scholarship student at the Royal Academy of Music in the mid-1930s. The couple moved to Devon in 1939 and married in 1941. Rose Marie developed herself as an artist and, in maturity, adopted a distinctive semi-abstract approach to life drawing and portraiture. Beginning in 1940, Rose Marie kept a diary for much of her life; in so doing, she provided illuminating insights into her life and relationship with Ronald. Spanning some twenty-four volumes, her diaries form a valuable part of the collection; the collection also contains examples of her artwork, including illustrations of Ronald’s writings. She appears in numerous photographs and other documents. She is recognisable in the collection in documents signed ‘RMD’, and is sometimes referred to as ‘RM’. 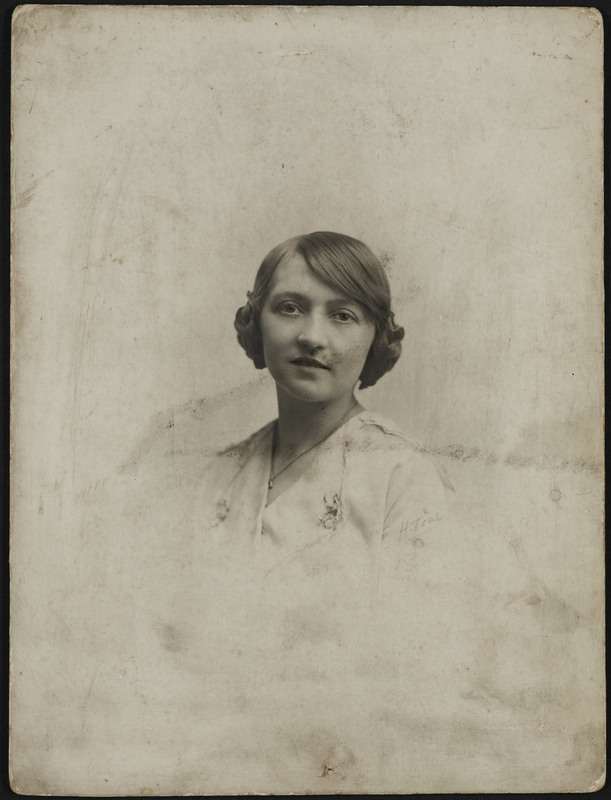 Ethel Duncan (née Cannon and formerly Dunkelsbühler), was Ronald Duncan’s mother. She married Reginald Dunkelsbühler against the wishes of his family, which led to his disinheritance. The couple emigrated to Rhodesia, where Ronald Dunkelsbühler was born in 1914. After the outbreak of war in 1914, Ethel returned to London, already carrying the couple's second child, with the expectation that Reginald would follow later; however, she was widowed in 1918 when Reginald died, still in Rhodesia. Like Ronald and Rose Marie, Ethel moved to Welcombe, where she lived in Docton Mill, near the Duncans' own farm. Referred to almost exclusively as ‘Mole’, Ethel figures extensively in family photographs and in documents such as Rose Marie and Bianca’s journals. 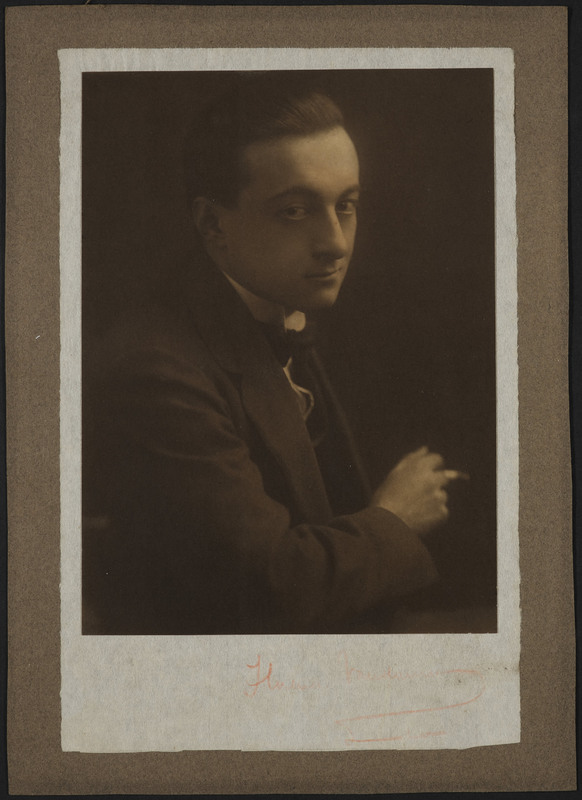 Reginald Dunkelsbühler was a member of the large and influential pan-European Wertheimer family. He was an heir to a considerable fortune, which he forfeited in order to marry Ronald’s mother, Ethel Cannon. He was declared bankrupt in 1913 and the couple moved to the Gwebi Station, Salisbury, Rhodesia. When Ethel returned to England after the outbreak of war in 1914, it was decided that Reginald would follow later; before this was possible, he was interned as an alien in Rhodesia. In 1918, and still interned in Rhodesia, he died after contracting influenza while helping to provide medical aid during an epidemic. Reginald had an interest in theatre and wrote a number of plays. He is represented in the collection by some fragments of his writing, a letter for Ronald that he entrusted to his relatives in case of his death, and a small number of photographs. 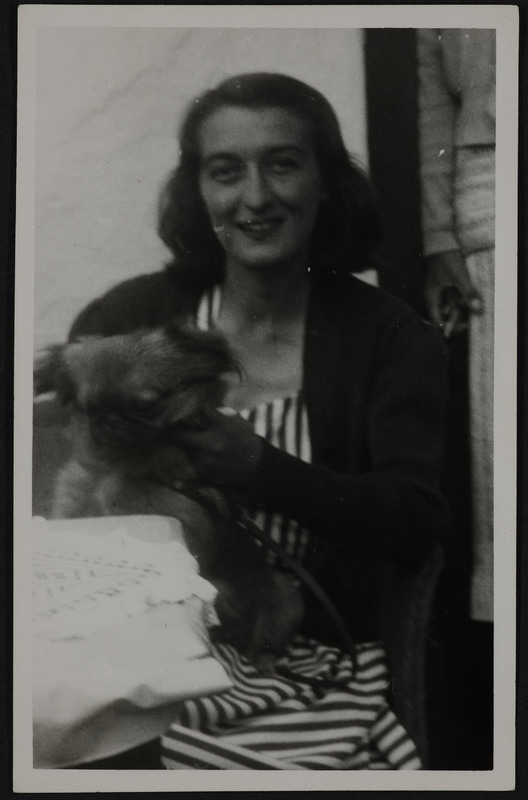 Bianca Duncan (formerly Dunkelsbühler) was Ronald Duncan’s younger sister, born after Ethel's return to London from Rhodesia. Like Ronald, she was partly educated in Switzerland and, like their mother, she moved to Devon when Ronald resettled there. She lived with their mother, assisting with the family’s domestic and financial arrangements, and helping to administer and edit Ronald’s literary works and publications, including The Townsman. Known almost exclusively by Ronald’s nickname for her, ‘Bunny’, she is represented in the collection by her journals and a number of miscellaneous objects, as well as in numerous family photographs, the writings of Ronald and the journals of Rose Marie. 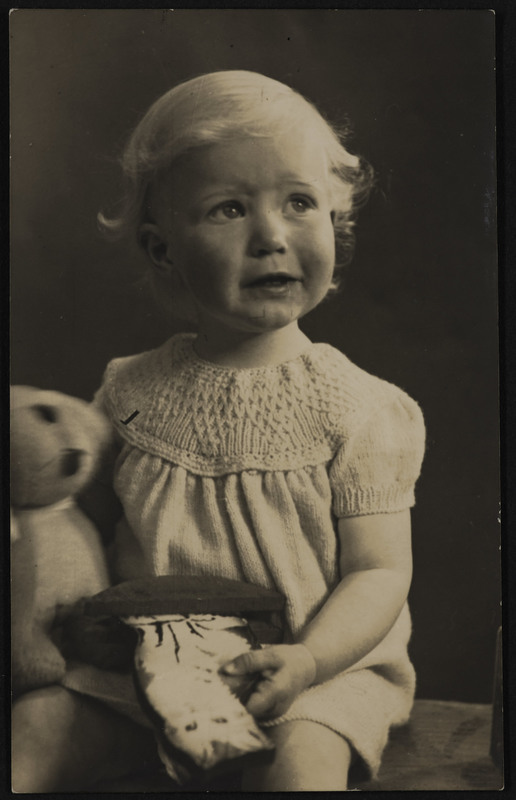 Briony Lawson (née Duncan) was born in 1941 and was Rose Marie and Ronald’s first child. Frequently referred to as ‘B’ or ‘Bucket’, she is represented in various parts of the collection, including Ronald’s writings, photographs, and the diaries of both Rose Marie and Bianca. She is a well-known sculptor and continues to live in the family home of West Mill, and is married to the horticultural photographer Andrew Lawson. They have two daughters, Karina and Susie. 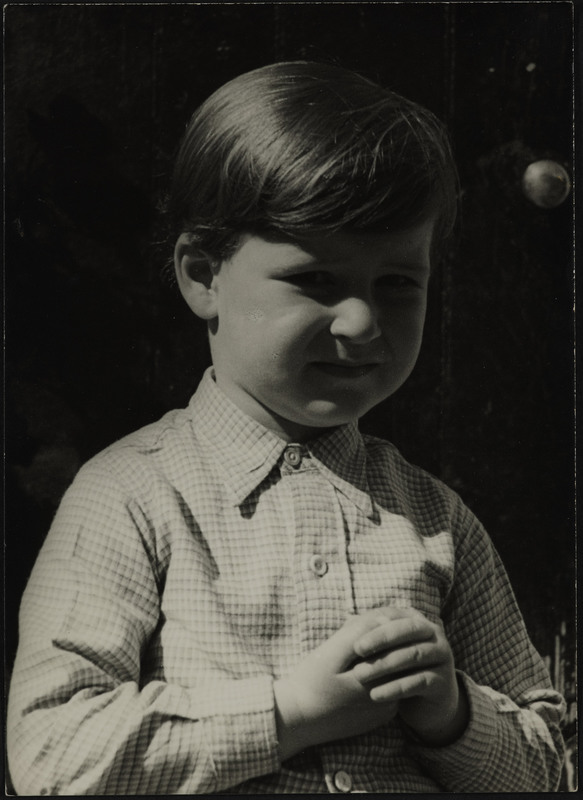 Roger Duncan, born in 1943, was Rose Marie and Ronald’s second child. Schooled at Harrow, he married Felicity whilst at university and later moved to Vancouver where he is a solicitor. Like his sister, he is frequently mentioned in the diaries of Rose Marie and Bianca, as well as appearing in photographs and correspondence. His name is frequently abbreviated to ‘R’. 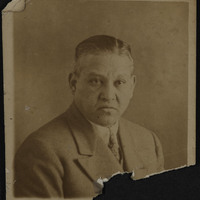 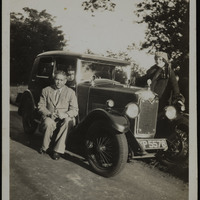 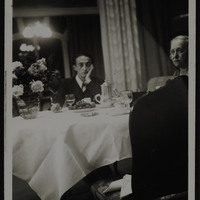 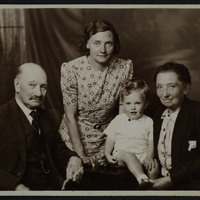 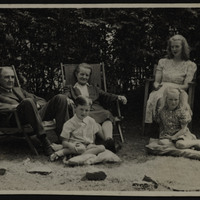 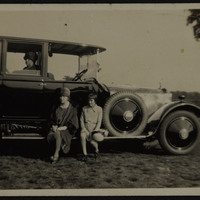 Ronald Duncan’s family was both colourful and widely connected. He had two aunts on his mother’s side: Kate (known as ‘Arv’), and Pat (an actress and the lover of Prince Victor of Cooch Behar). On his father’s side, his aunt, Henrietta Davis (referred to as Old Hen), is the most apparent in the collection and is featured in a number of photographs. In his autobiography, All Men Are Islands, Duncan claimed his grandmother (Julia Wertheimer) had confided in him that his father had been the illegitimate son of Crown Prince Rupprecht of Bavaria. In making this claim, Ronald courted a certain amount of controversy in the German press; without dismissing this assertion, aside from Ronald’s anecdote there seems to be no supporting evidence for this claim within the collection.