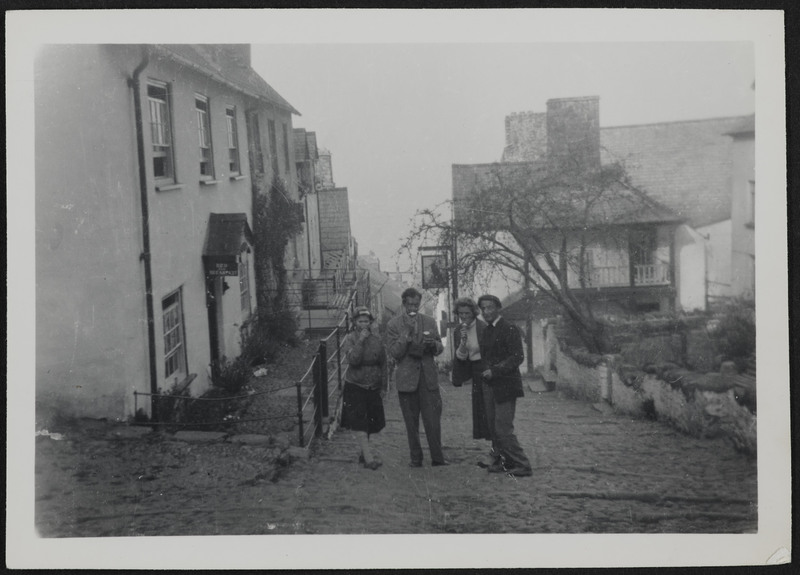 Alongside The Horse, Duncan’s best known work is his libretto for Benjamin Britten’s The Rape of Lucretia. Written for and first performed at Glyndebourne in 1946, this opera was the apex of Britten and Duncan’s musico-literary collaboration.

It is likely that Duncan and Britten met in 1936, though the precise details of that occasion have been somewhat obscured by divergent descriptions. In his autobiography, All Men Are Islands, Duncan wrote of an introductory meeting at the Mainly Musicians Club, arranged by their mutual acquaintance Nigel Spottiswoode; writing later, in Working with Britten, Duncan recounted that this meeting took place at Britten’s flat on Finchley Road; a third version has it that the two met whilst holidaying near Newquay, Cornwall. Whatever the case, the meeting led to an immediate friendship, about which Duncan writes very entertainingly in his autobiographies, and, very quickly, to their first collaborative effort, The Pacifist March (1936/7).

Their most fruitful period of collaboration was, doubtlessly, in the 1940s. It is worth noting that Britten’s greater fame has meant that Duncan’s intervention in Peter Grimes (1945) and libretto for The Rape of Lucretia have overshadowed the rest of his relationship with Britten and the fact that Britten wrote the incidental music for a number Duncan’s plays. Their collaboration on The Rape of Lucretia was preceded by the masque/anti-masque, This Way to the Tomb. Written by Duncan, the play was scored by Britten, a factor that contributed significantly to its success, and was produced at the Mercury Theatre in 1945 with scenes being broadcast on the BBC’s Light Programme. The 1946 production of Duncan’s The Eagle Has Two Heads at the Lyric Theatre also featured music by Britten. In 1949, the pair collaborated on two more projects, which were to be their last together: Britten asked Duncan to provide the text for a wedding anthem (Amo ergo sum) to celebrate the marriage of George Harewood and Marion Stein, which took place in the September, and he also composed the incidental music for Duncan’s play, Stratton, which began a tour in the October of that year.

Further collaborative projects were mooted but unrealised. These included an anti-war work (Mea Culpa) that Duncan later imagined might have been a precursor or artistic monument of similar scale to the War Requiem. When Duncan asked Britten to write the music for Our Lady’s Tumbler (1951), Britten recommended that Duncan work with Arthur Oldham, Britten’s only private pupil, an act that perhaps sealed the end of their professional relationship. Duncan continued to suggest projects to Britten, but Britten’s other engagements and workload prevented him from committing to them. Although their collaborations had come to an end, Britten and Duncan remained close friends: Britten visited the Duncans in Devon, the families shared holidays abroad, and Britten became, in many respects, another father to Duncan’s son, Roger. Their correspondence continued well into their later lives and, when he heard of Britten’s death, Duncan contrafacted a song in his memory from a middle movement of Schubert’s piano sonata in A minor (D. 845).

Traces of their friendship and work together are abundant in the collection, and include photographs, drafts of libretti, copies of manuscripts and printed scores, letters, concert and opera programmes, and at least one brief sound recording.