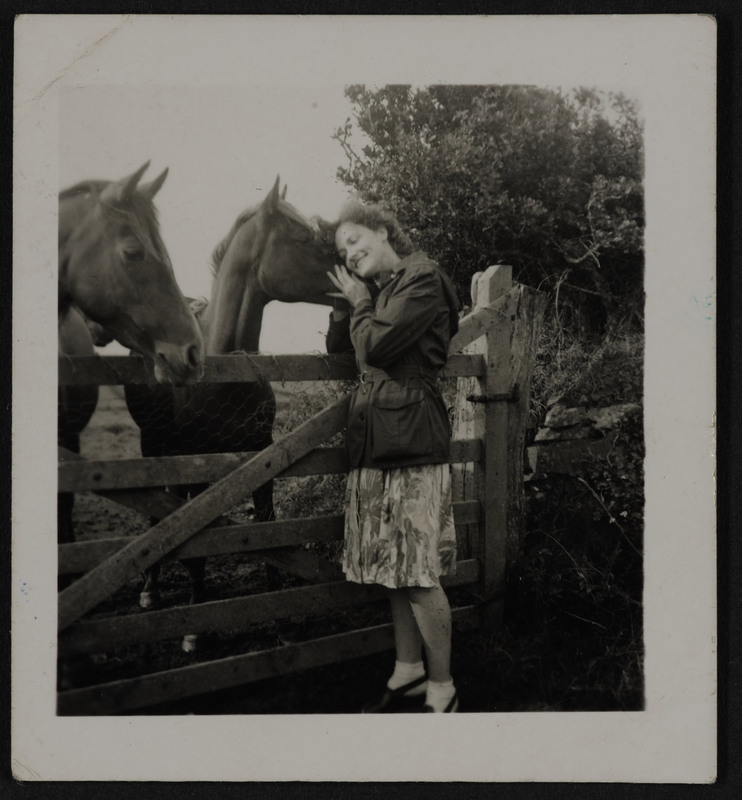 One of the unanticipated effects of Duncan and Britten’s collaboration on The Rape of Lucretia was the emergence of Kathleen Ferrier as an operatic artist. Although Duncan felt strongly that he and Britten had played an important role in Ferrier’s ascendance, it is, perhaps, a little unfair to fully subscribe to the view that they ‘discovered’ her: by the time that she appeared in their new opera, Ferrier was already well known on the singing circuit and had recorded for both Columbia and Decca. However, it is certain that her performance as Lucretia at Glyndebourne helped her to achieve tangible fame both within and beyond the opera community and encouraged her to assume the only other operatic role that she would take - that of Euridice in Gluck’s Orfeo ed Euridice.

As with Britten, Duncan and Ferrier were to remain friends after their professional collaboration ended. Ferrier visited the Duncans for a holiday in Devon in 1947, and was photographed with Duncan’s horse Lucretia, which had been foaled during the opera’s premiere. Ferrier’s life and career were foreshortened by cancer and, after her death, Duncan wrote an obituary for her in Opera Magazine that gave glimpses into their work on The Rape of Lucretia and their friendship. The obituary opened in terms similar to those he would use later in Lament for Ben, written after Britten’s death: ‘When our friends die, we die a little too. We are less without them. But when Kathleen died our grief was more than a sense of loss; my own was more like anger.’ 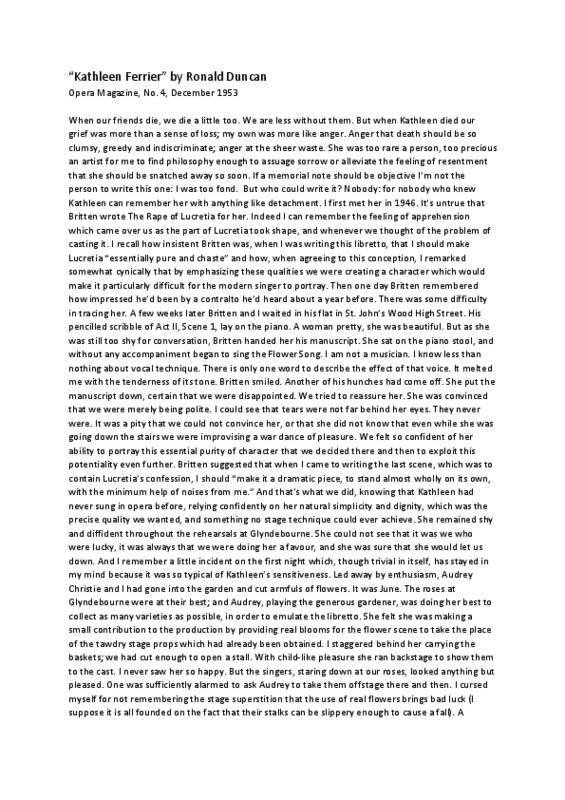