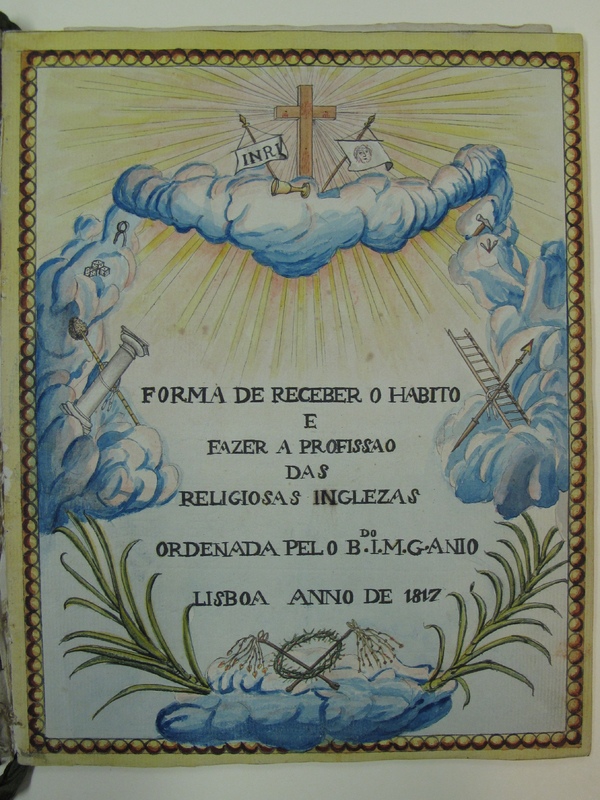 Following their arrival in Lisbon in 1594, members of the Syon community enjoyed a period of relative security and stability, particularly in contrast to the previous forty years, during which the community had needed to move several times in search of a safe home. However, it was also a time of upheaval, and some incidents would change the community forever.

The Syon community - at the time consisting of twenty-two sisters and eight brothers - arrived in Lisbon on 20 May 1594. The first five years in Lisbon were spent as guests of Franciscan nuns until, in 1599, a neighbouring property was allocated to the community and renamed Convento das Inglesinhas (Convent of the Englishwomen). The numbers of English women joining the community in Lisbon remained fairly constant, and a small number of Portuguese women also entered religious life at Syon Abbey, one of whom was later appointed as abbess (Bridget de Mendanha). 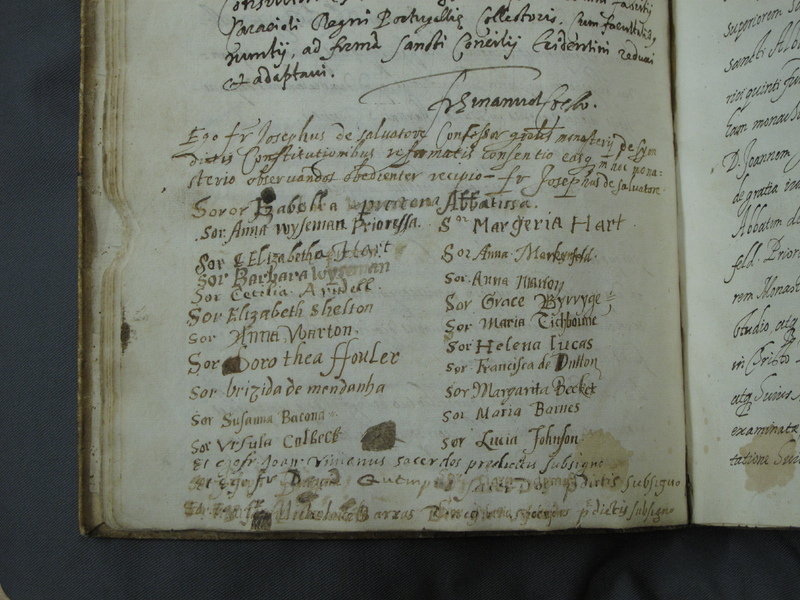 Nevertheless, changes were afoot. In line with reforms of the Roman Catholic Church decreed by the Council of Trent, the community revised its constitutions in 1607. As a result, the confessor general (male superior) was given higher authority over the community than the abbess, and the abbess's position was further weakened by its change from a lifetime appointment to a three-year term. In 1651, the convent was destroyed when a laysister accidentally set fire to the bakehouse. The nuns had to find temporary lodgings until a new convent could be finished in 1656. Whilst Catholic women steadily continued to arrive from England to enter Syon Abbey, it had become much more difficult for the community to recruit brothers to celebrate the mass, hear confessions, and provide for the sisters' spiritual needs. The last brother of Syon Abbey died in 1695 and with his death the tradition of the Syon brothers came to an end. Thereafter the sisters were regularly faced with the challenge of finding English-speaking priests to provide spiritual services.

And then, on 01 November 1755, an earthquake struck Lisbon, one that is thought to have measured in the region of 9.0 on the Richter Scale. In the city it caused the destruction of buildings, a tsunami and widespread fire, and tragically it resulted in approximately 15,000 deaths. Syon Abbey was located on the western edge of Lisbon, and though the earthquake destroyed parts of the convent building, all of the nuns survived.

And this is where Sister Kitty Witham steps into the story.