This collection comprises almost 200 manuscripts, which date from the early fifteenth century to the late twentieth century. They include lliturgical, devotional and theological texts, as well as histories of Syon Abbey, personal accounts of the lives of sisters, and catalogues of the Syon Abbey library. Many of the manuscripts are inscribed with the names of the sisters and brothers who transcribed or read them, providing insight into scribing and readership at Syon Abbey. 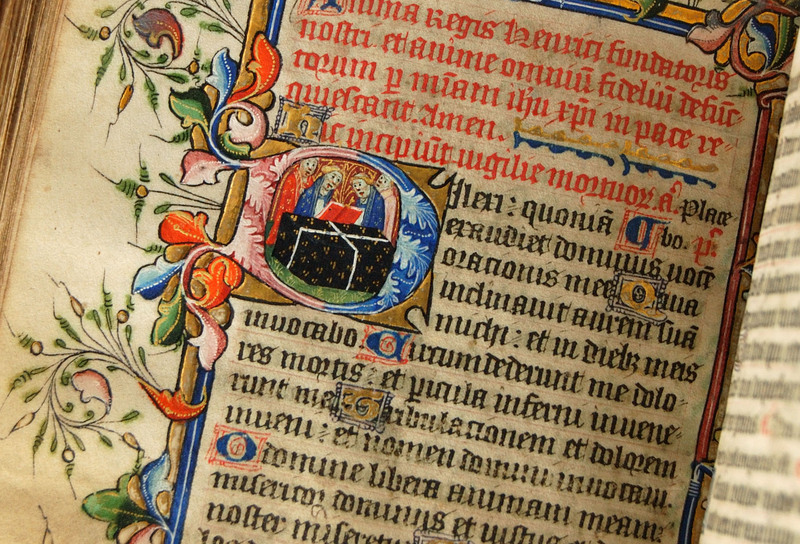 Folio from the medieval manuscript 'Horae'

Manuscripts dating between the late-sixteenth century and the mid-nineteenth century were presumably created or collected by the community during its period in exile in Lisbon, Portugal. The collection also includes manuscripts created after the community's return to England in 1861.

The manuscripts in this collection have all been catalogued, and each has a unique reference number. You can find descriptions of each item in the online archives catalogue.