Not only does Sister Kitty appear to be have been a keen letter writer, but she also seems to have enjoyed transcribing religious texts. In addition, she added her name and notes to books she read, indicating that she was also a great reader. Sister Kitty’s name appears in six manuscripts in the Syon Abbey Collection, including copies of devotional and liturgical works, and collected prayers. These are either completely transcribed by Sister Kitty, or containing inscriptions by her. Some examples of her inscriptions include: 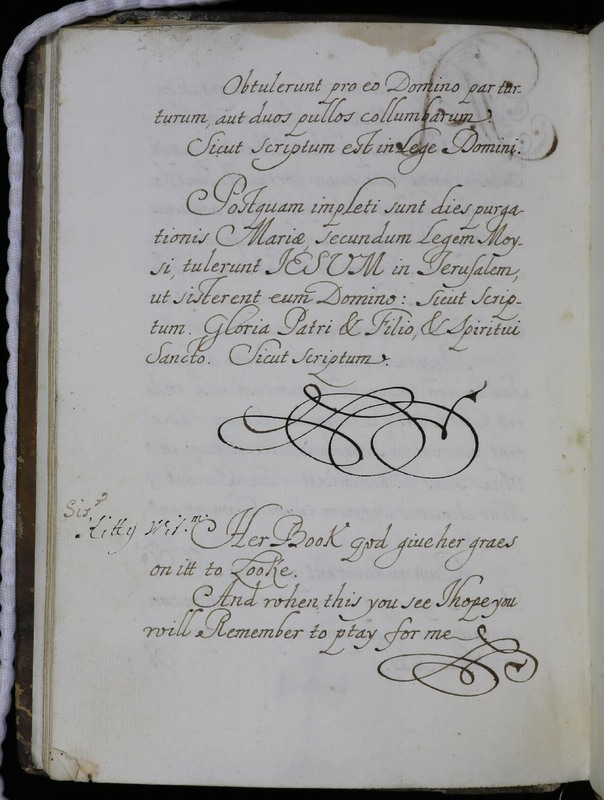 Page from a manuscript entitled 'Estacao'

This image is from a manuscript containing a transcript of the Stations of the Cross by Sister Kitty, entitled ‘Estacao’. It includes the inscription:

Her Book god giue her graes

on itt to Looke.

And when this you see I hope you

will Remember to pray for me’. 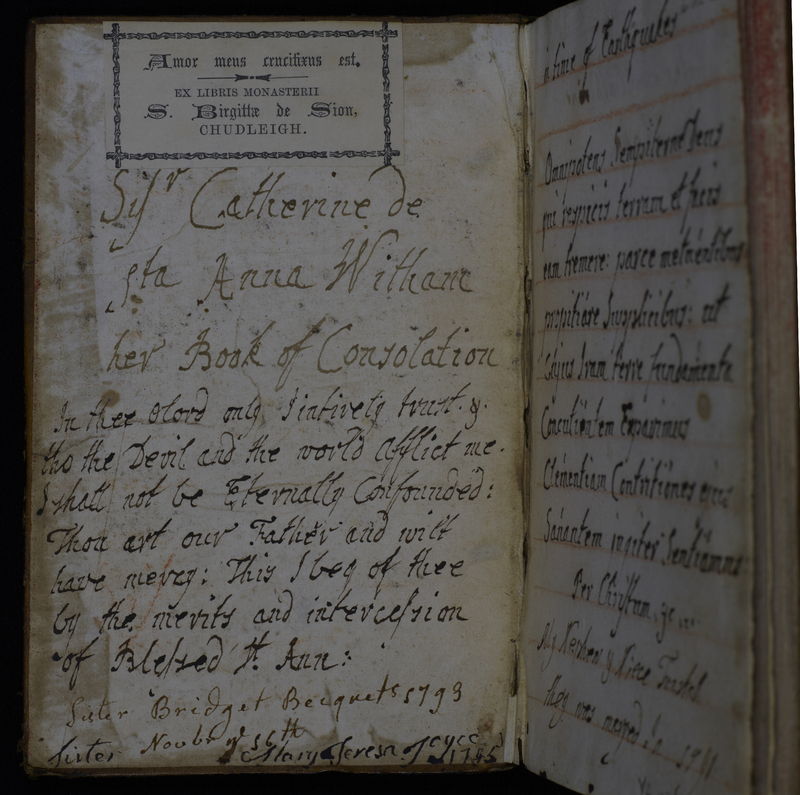 Manuscript notes by Sister Kitty in the flyleaves of 'Officium B. Mariae'

Sister Kitty's notes can also be found in several printed books in the Syon Abbey Library Collection. One book in particular entitled 'Officium B. Mariae' (Office of the Blessed Virgin Mary) contains substantial notes by Sister Kitty in its flyleaves. Sister Kitty signs the first flyleaf ‘Sis[te]r Catherine de Santa Anna Witham her Book of Consolation‘, and the following pages contain prayers and notes. In light of the letter concerning the Lisbon Earthquake, the second flyleaf is particularly interesting: a transcript of a prayer entitled ‘in time of Earthquakes‘. The same page includes a note of the marriage of her ‘Nephew & Nece Frankell‘, indicating a close relationship with her family in England.