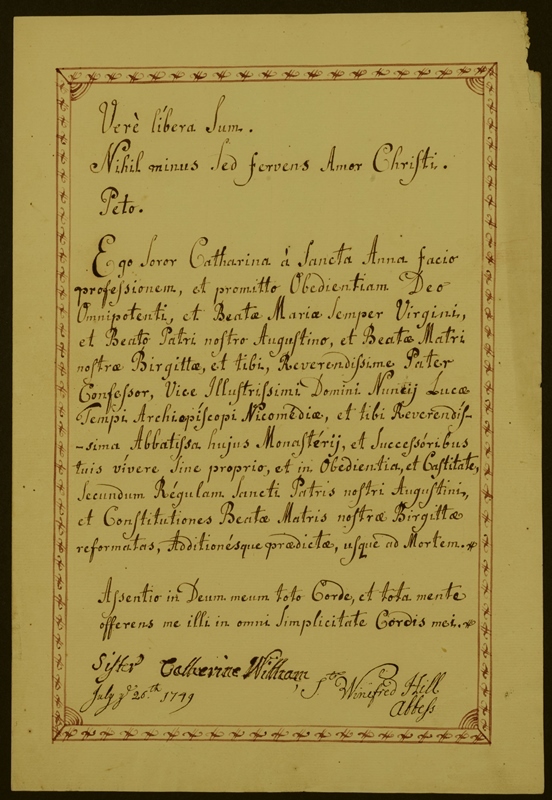 In 1749, at the age of about 32, Sister Catherine Witham made her vow of profession as a choir nun at Syon Abbey in Lisbon. She died at the monastery 44 years later in 1793. These are the sparse details of Sister Catherine 'Kitty' Witham's life that were recorded in a book kept by the chantress, the sister who managed the performance of divine service at Syon Abbey. The archive also contains Sister Kitty's written vow, signed by her and Abbess Winifred Hill.

Aside from these bare facts, we would know very little about Sister Kitty, had she not had an apparent fondness for writing. A long and personal letter to her mother and aunt concerning the Great Lisbon Earthquake is preserved in the Syon Abbey archive. In addition, six manuscripts and several printed books contain Sister Kitty's writings, inscriptions and notes.

These written records of Sister Kitty provide a tantalising glimpse into her daily life, her faith, her social network in Lisbon, and her very evident affection for her family in England.