John David Geyton Edmund (d1993) was a local amateur historian who lived in Exeter. For much of his career he was Chief Electrician and Stage Manager at Exeter Theatre Royal, until its closure in 1962. After that he became a lecturer in electronics at Exeter College. His interest in drama continued, as he played an active role in amateur dramatics. He had an interest in many local organisations, serving on the Library Committee of the Devon and Exeter Institute and also training the first Exeter Redcoat Guides in 1987. He was also particularly interested in railways, trams, papermills, Exeter theatres and the Exeter blitz, about which he wrote for local periodicals, including the Transactions of the Devonshire Association and Devon Life.

The strengths of the Edmund Collection lie in local history. The main emphasis is upon Exeter and East Devon, although there is some material from West Devon (such as Plymouth) and Dorset and Cornwall. There are a few more general books in the collection, covering British history. The majority of the items (which includes books, pamphlets, periodicals and maps) covers various aspects of the west country, notably the history of towns and villages and their
residents. Social history is well-represented with material on religion, transport (particularly railways), education and local myths and legends. 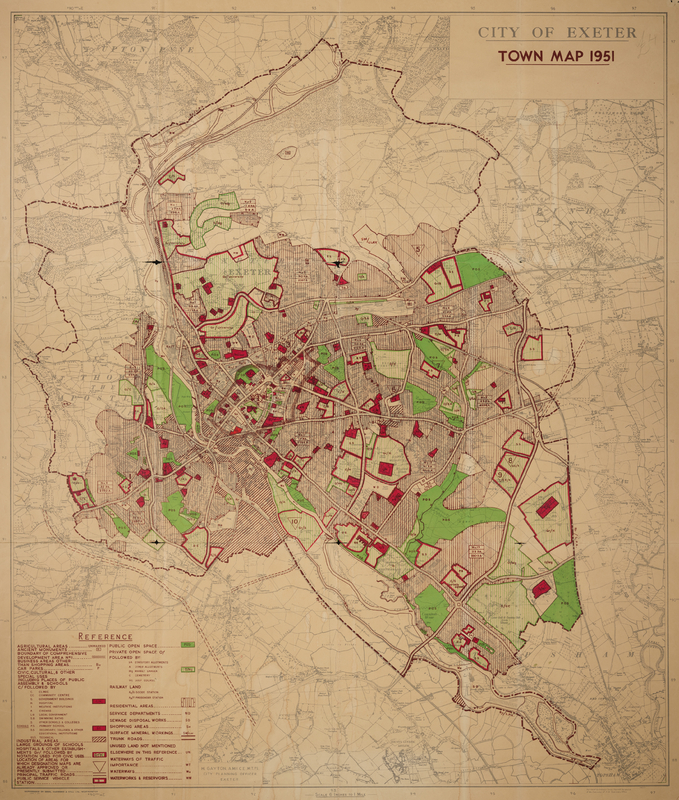